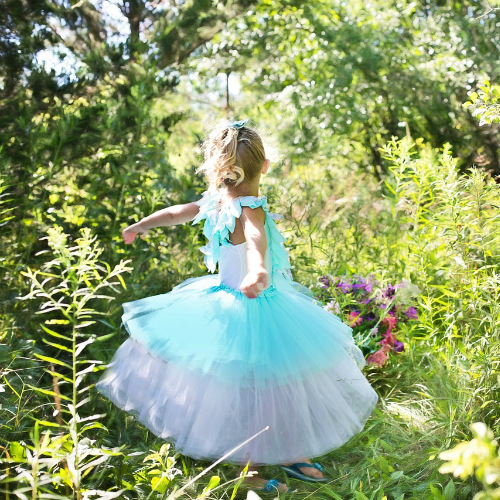 Pretend or imaginative play is an integral component for the foundation for emotional, intellectual, and social development of all children. Boys and girls progress through these stages of play using common objects, dolls, stuffed toys, and almost anything they can get their hands on to play. Children as young as 12 months old begin to use their imagination in play. Young children play 5-6 hours per day! Pretend play provides children with opportunities to engage in play utilizing what they have observed in their environment as they create their own pretend world.

Some of the cognitive benefits of pretend play are as follows:

-Instrumental in the development of symbols and signs that is essential for the acquisition of reading, math, and writing in later years.

-Helps children with social and emotional development. Children act out their fears, anger, and joys through pretend play.

It is not necessary to provide the child with every pretend play toy sold on the market. Children love using safe household items in play such as pots, pans, brooms, old clothing, stuffed toys, dolls, etc. As children develop symbolic play, they will use objects for something it is not intended. A stick becomes a sword, a block becomes a cookie, and peg becomes a thermometer! Parents are encouraged to play along with the child and pretend too! Encourage the child’s pretend play and try not to correct the child as he is playing. In pretend play, anything is possible!

Simple play that is directed toward the child herself. This is the beginning stage of pretend play. The child primarily imitates what she has observed in the environment. Examples include: she puts a phone to her ear, spoon to mouth, toothbrush to mouth, and cup to her own mouth.

Children begin to extend their play beyond themselves. Play becomes directed toward others, a doll, stuffed toy, etc. He may cover the stuffed bear with a blanket, bring a spoon to the dolls mouth, and push a car. Play sequences have not yet evolved in which the child strings together simple play into more meaningful play. All props are realistic in the child’s play at this time.

Pretend play begins to take form between 24 and 30 months. The doll actually becomes an agent of action and comes to life for the child. The child strings together several sequences of play such as feeding the doll, washing her hands and face, and putting the doll to bed. The child uses real props, but also begins to use one object for another. She may give the doll an injection in the arm with a stick. The child also has forethought in play and is able to go to other parts of the house to bring things into her play. She will pretend to be mommy and he will pretend to be daddy!

Pretend play moves from centering on the child’s self and immediate caregivers to the outside world. The child takes on many roles in play. This is a great age for parents to sit back and observe! The child’s pretend play becomes more complex and various schemes/ideas are beginning to be integrated. The child’s play may not be properly sequenced; however, he is getting the idea of stringing together various play schemes to create an end result. For example, the child may pretend to mix pancakes, pour them in a fry pan, cook them, and pretend to eat them. Realistic props are still used; however, the child incorporates objects that he uses to represent something else.

Pretend play becomes quite elaborate at this age. The child is able play with objects that are used from another purpose with ease. Dolls and action figures are given a personality by the child. The play sequences become longer and are more integrated. Associative play emerges at this age. Children begin to play associatively with peers. One child may take on a role of a family member and the other child takes on a familiar role in response. Play sequences will likely have a clear beginning and end. Children love to act out play with doll houses and talk through the play sequences.

Pretend play becomes sequenced through a plan during this stage of development. The child gives dolls and action figures a voice in play rather than talking through the doll. Early stages of pretend play have outcomes that are known to the child based on their own experiences. At this age, children are able to manipulate reality and create new outcomes in their play. The child will make two or more dolls or action figures talk to one another during play.

Children at this stage of development engage in true cooperative play. The child engages in elaborate play with and without props. It is common for children to develop social dramas in which each child takes on specific roles in pretend play. For example, one child may pretend to be a teacher and the other child takes on the role of the student. The play sequences/schemes are generally quite organized and the play is narrated by the children as they engage in play. Children at this age have the ability to utilized details from memory that they incorporate in their play.